Tree Climbing Techniques: The Benefits and Drawbacks of Different Styles 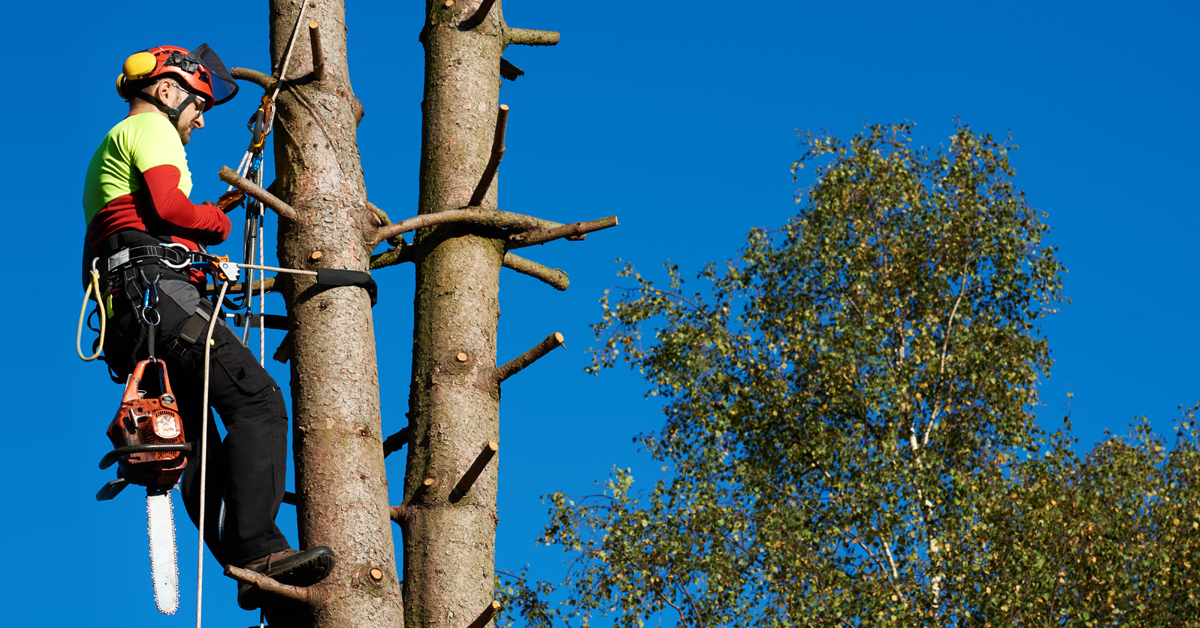 When it comes to pruning or felling trees, arborists need to ensure they’re relying on the best tools and techniques for the job. Using the wrong tool or the wrong technique at the wrong time could result in disaster, or at the very least make the job more difficult and time-consuming.

That’s why modern tree climbing has come such a long way from the old days. With the addition of harnesses, pulleys, ascenders, descenders, and other tools, arborists look like they’re preparing to scale a cliff instead of a tree. These changes are for the better, however, because they ensure workers are much safer as they complete jobs.

The two most popular tree climbing techniques for the professional arborist are SRS and MRS, which stand for Stationary Rope System and Moving Rope System. Here is an explanation of each technique, as well as their benefits:

This is also commonly known as a moving rope system. Start by creating a tie-in point by installing a climbing line through a Friction Saver in a tree, causing the rope to “double” over itself and giving this technique its name.

This hitch cord allows the climber to move up and down the rope. Then, you take the terminal end and attach it directly to the worker’s harness. This, essentially, creates an adjustable loop that allows the worker to climb up and down the tree. If you’re interested in an MRS rope kit, the RNA Zigzag Climbing Kit is a great choice.

With SRS, which is also known as stationary rope technique, the terminal end of the rope is either attached at the base of a tree, called a basal anchor, or at the top of the tree, which is called a canopy anchor. If you rely on a basal anchor, you must still run the rope through a crotch in the tree.

Instead of a rope that moves as you move, the rope is stationary and the climber moves up and down that single, stationary rope. There are many great rope kits that are perfect for SRS.

Climbing with Spikes vs. Without Spikes

Although leg spikes, also known as leg gaffs or spurs, have their uses when it comes to climbing trees, it’s important to avoid using them when pruning living trees.

Each puncture caused by a climbing spike will cause tree tissue death, though the exact amount varies from tree to tree. These wounds can heal, but large groupings of holes from spikes can do irreparable damage.

However, there are some instances when climbing with spikes is acceptable or even necessary:

When to Use Bucket Trucks

Bucket truck tree work has a variety of benefits, but many arborists may prefer to climb in most situations. Take the time to assess the specific needs of the job at hand and make a decision based on safety, efficiency, and effectiveness.

Bucket trucks can’t always reach the tops of the tallest trees, and some yards may be inaccessible to the trucks, which means climbing might be the best bet. There are some arborists who also believe that, when it comes to pruning, it’s important to be precise and delicate. For those workers, climbing might be their preference because they are able to work within the tree canopy.

However, let’s take a look at a few advantages that bucket trucks provide:

Although everyone has their own tree climbing technique preferences, one thing all arborists can agree on is the need for durable, proven, and useful climbing equipment. Trust Rock N Rescue’s extensive selection of arborist supplies to stock up for your next job.

Subscribe to our newsletter and be the first to know about products, offers and news.

We now offer free ground shipping on website orders totaling more than $99.00 to all locations in the continental U.S.
Some restrictions apply.